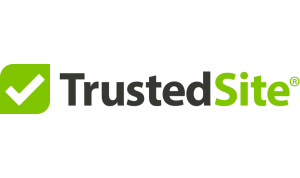 Anyone looking to relax with kratom might already know that the reds are where it’s at. This particular color vein has been known to produce soothing, calming benefits that can work on both mind and body to help you unwind after a long, tiring day. But while all reds bring something unique to the table, red Maeng Da has often enjoyed a distinguished seat among the rest.

Considered the king of kratom tranquility, red Maeng Da is a go-to for those who want to experience the soothing benefits of kratom in the best way possible. The relaxing effects help to relieve a variety of discomforts and make it easier to sleep through the night without interruption.

Where Does Red Maeng Da Come From?

Mitragyna speciosa, or kratom as it’s more popularly known, is a distant relative of the coffee plant. It provides either stimulating or sedative effects, depending on its strain and color vein, which in turn rely on where it grows. Native to Southeast Asia, there are a wide variety of kratom plants across Malaysia, Thailand, the Philippines, Indonesia, and Papua New Guinea, among others.

Maeng Da itself is native to Thailand. However, many kratom cultivators have imported the Maeng Da strain, allowing its cultivation in places like Indonesia and Malaysia. The name ‘Maeng Da’ loosely translates to ‘pimp strength’ or ‘pimp potency’, which actually has a negative connotation where it’s from. It gets its name from its powerful effects that are typically considered more pronounced than other strains.

What is Red Maeng Da?

Widely recognized as among the most powerful sedative strains on the market, red Maeng Da often enjoys strong patronage. Its effects on both mind and body make it a cult favorite among kratom heads who want something that will impact the entire being and generate effects that benefit every facet of the individual.

What are the Effects of Red Maeng Da?

It’s hard to encapsulate the effects of each strain because each person experiences kratom differently. Interestingly, no two people ever have exactly the same response to a particular kratom strain. But you can expect to have a similar experience as many others. Some of the most commonly reported effects of red Maeng Da include:

In a lot of ways, good red Maeng Da can make you feel tranquility and peace to the highest degree. Prepare to get glued to your seat and make sure you don’t have any pressing obligations that require quick thinking and light feet since this particular vein might have you lounging about for hours.

Does Red Maeng Da Have Side Effects?

That depends on a lot of factors. For one thing, poor quality kratom may result to side effects which may cause discomfort. On the upside, kratom is a natural remedy, so even taking excess doses of bad kratom isn’t likely to warrant a trip to the emergency room.

At worst, you might experience headaches, dizziness, and nausea. Waiting for the effects of the kratom to subside should have the uneasy feelings disappear. To avoid this, make sure you buy only quality kratom and be mindful of your doses. Start small and work your way to a higher dose to find out exactly how much you should take to reach your therapeutic threshold.

Red Maeng Da is a powerfully sedative strain that provides relief for both mind and body. This effective herb works wonders whether you’re looking for quick relief versus physical discomfort or hoping to wind down nice and easy at the end of a long, tiring day.